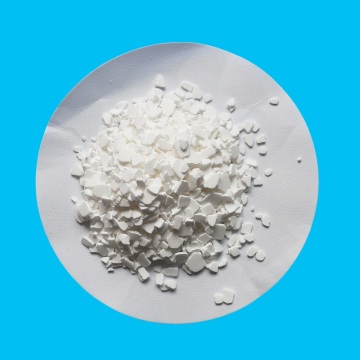 Calcium Chloride occurs as white, hard fragments, granules, or powder. It is anhydrous or contains two molecules of water of hydration. It is deliquescent. It is soluble in water and slightly soluble in alcohol. The Calcium Chloride pH of a 1:20 aqueous solution is between 4.5 and 11.0.

Calcium Chloride in Food
Calcium chloride is added to brewing liquor which is deficient in minerals, because calcium ion is one of the most influential minerals in the brewing process. It affects the acidity of wort and affects the function of yeast. And calcium chloride can bring sweetness to brewed beer.

As a food ingredient, calcium chloride acts as a multi-valent chelating agent and curing agent. It has been approved by the European Union as a food additive and E code is E509. What the FDA considers to be "generally recognized as safe" (GRAS). It is estimated that 160 to 345 milligrams of calcium chloride Food Additives are consumed per person per day.

Calcium chloride can be used as a curing agent for canned vegetables. It also solidifies soybean curd to form tofu and reacts with sodium alginate to form caviar-like pellets on vegetable and fruit juices. Add electrolyte to sports drinks or soft drinks, including bottled water. Because calcium chloride itself has a very strong salty taste, it can be used instead of salt in the production of pickled cucumber without increasing the effect of sodium content in food. Calcium chloride is used to slow the freezing of caramel in chocolate bars filled with caramel.

Jiangsu Kolod Food Ingredients Co., Ltd. is a leading manufacturer of high-purity chemicals in China. We produce phosphates, sulfates, chlorides, citrates etc. mainly food and pharma grade. We have passed ISO 9001, ISO 14001, ISO 22000, KOSHER, HALAL, GMP, FDA certifications. There are 12 workshops in our factory, and we produce dozens of products. Our production capacity is 200,000MTs/year. With stable and superior quality, we have been authorized supplier of Coca-cola, Nestle, Mars Group, Brenntag for years.